Well, back on the Tanks thing…  Gosh I am a real gaming butterfly when it comes to things at the moment…

The main reason for the flitting about so much is my lack of game playing at the moment.  Both my regular opponents are ever so slightly distracted by real life issues at the moment, and my last few game have been cancelled.  Although it does leave me more time to paint and build, it also leaves me without a clear focus.  You may relate to the fact that my next game often prompts the next painting table mini project.

Anyway, back to the tanks.  Tigers and Skirted Panzer IVs.  Iconic and almost pretty as tank designs of that period go.

3 tanks in 2 hours… (With another skeleton or two started while I wait for the inks too dry.)

That looks more like a small starter force. Now, where did I put that copy of Blitzkrieg Commander?

I am in the middle of something and I got side tracked again.

Blame Coronasan…  He suggested we try a game we have neglected for over a year now.

So here I am painting 15mm tanks.  Varied German vehicles, as that way, I might someday have a small Axis world war two force I can use.

My first German tanks were done in a poorly applied camouflage. These I cheated and did in German uniform grey.  Maybe not too authentic but nicely cinematic.

There is something about the Stug that just appeals to me. 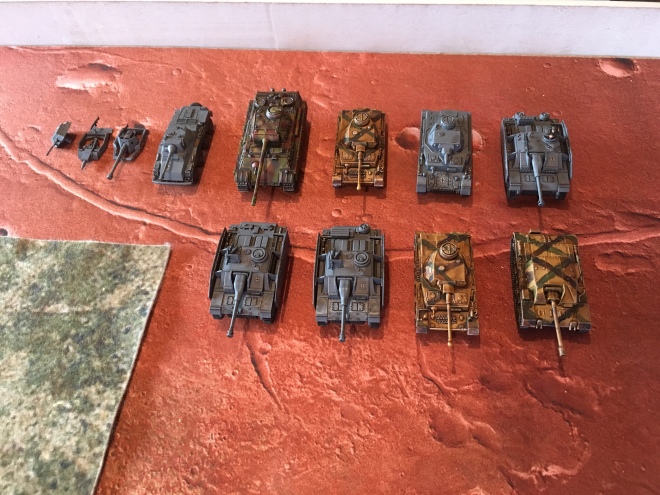 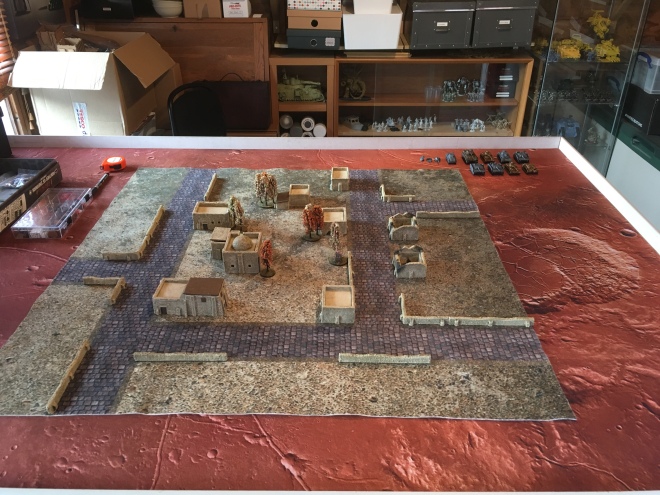 All ready to go with my limited 15mm scenery selection…