Time for a glamour shot.  My newly painted Martian Infantry in all its glory.  Elite caste controllers and Sanwar slave infantry. All painted in less than 2 weeks… 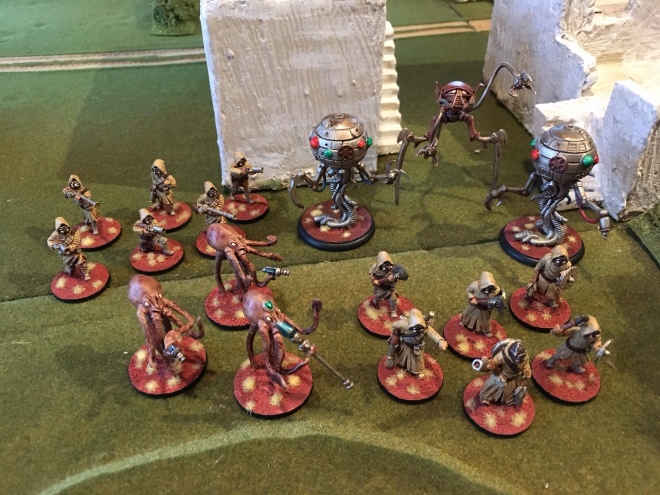 This lot are about 450 points of a 1000 point Steam Wars force planned for our April 4th game. 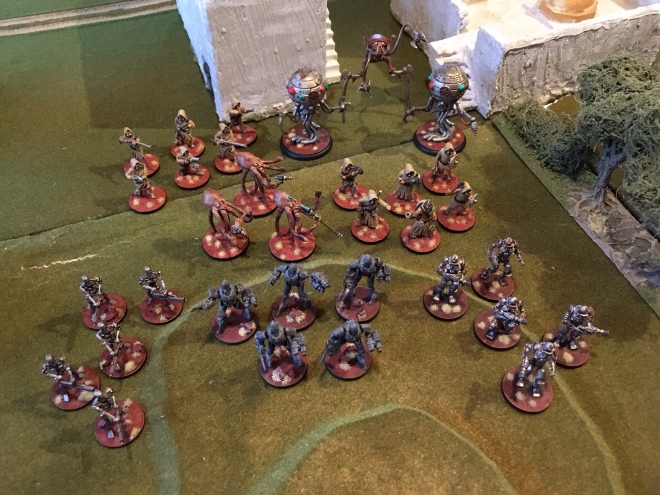 Add in the already painted Mechanical infantry and the points jump to about 650 points. Mechanical troops are unreliable, and their programming often glitches, so they get a large points reduction in the game.  This is mostly due to the possibility of them not acting in every game turn. 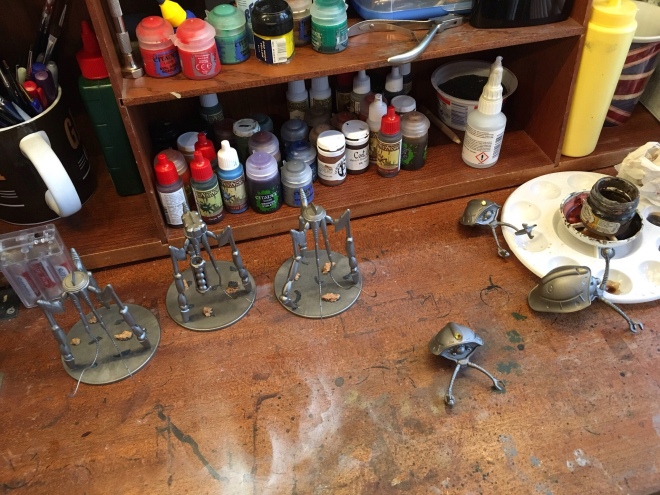 That leaves me with about 350 points still sat on the painting table in the form of these three Martian Tripods.  I guess I had better pull my finger out and get these walkers done, as its only a few days before they are supposed to be striding across a table and using their heat rays to turn the Victorian British forces to carbon like dust…

This purchase was made because it was just so cheap I could not refuse.  Luckily it has a Nurgle-esque look about it so should be usable in the Dragon Rampant force if I cannot make it fit into my Death Guard force.  Its originally a Warmachine or Hordes figure but for the life of me I cant remember what its called. 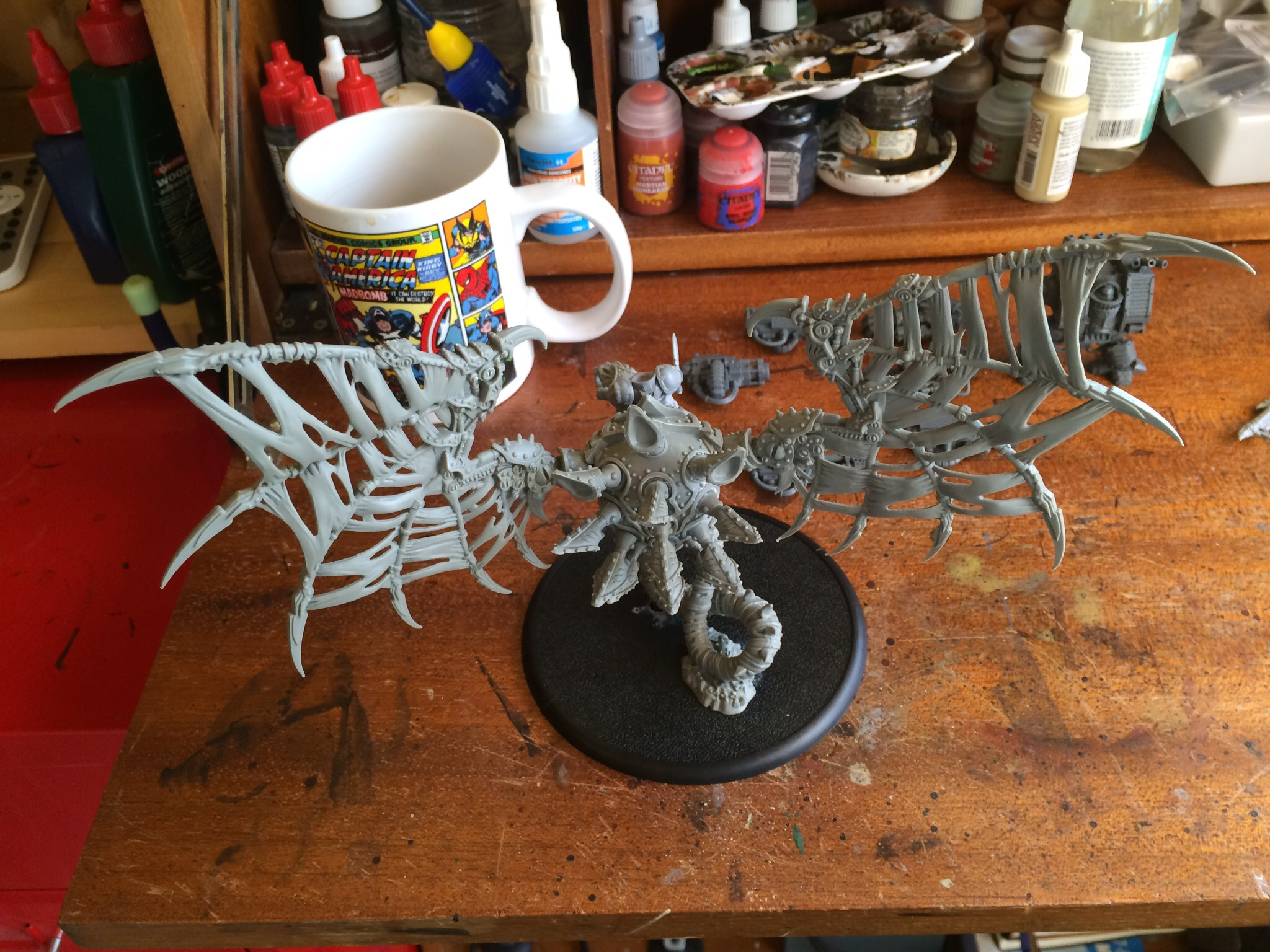 I am thinking about using it as a proxy for a Heldrake (although, that said, Heldrakes are not actually in the Death Guard Codex…)

It came with a female fantasy rider but a Plague Marine rider shouldn’t be too hard to build.  Should it??? 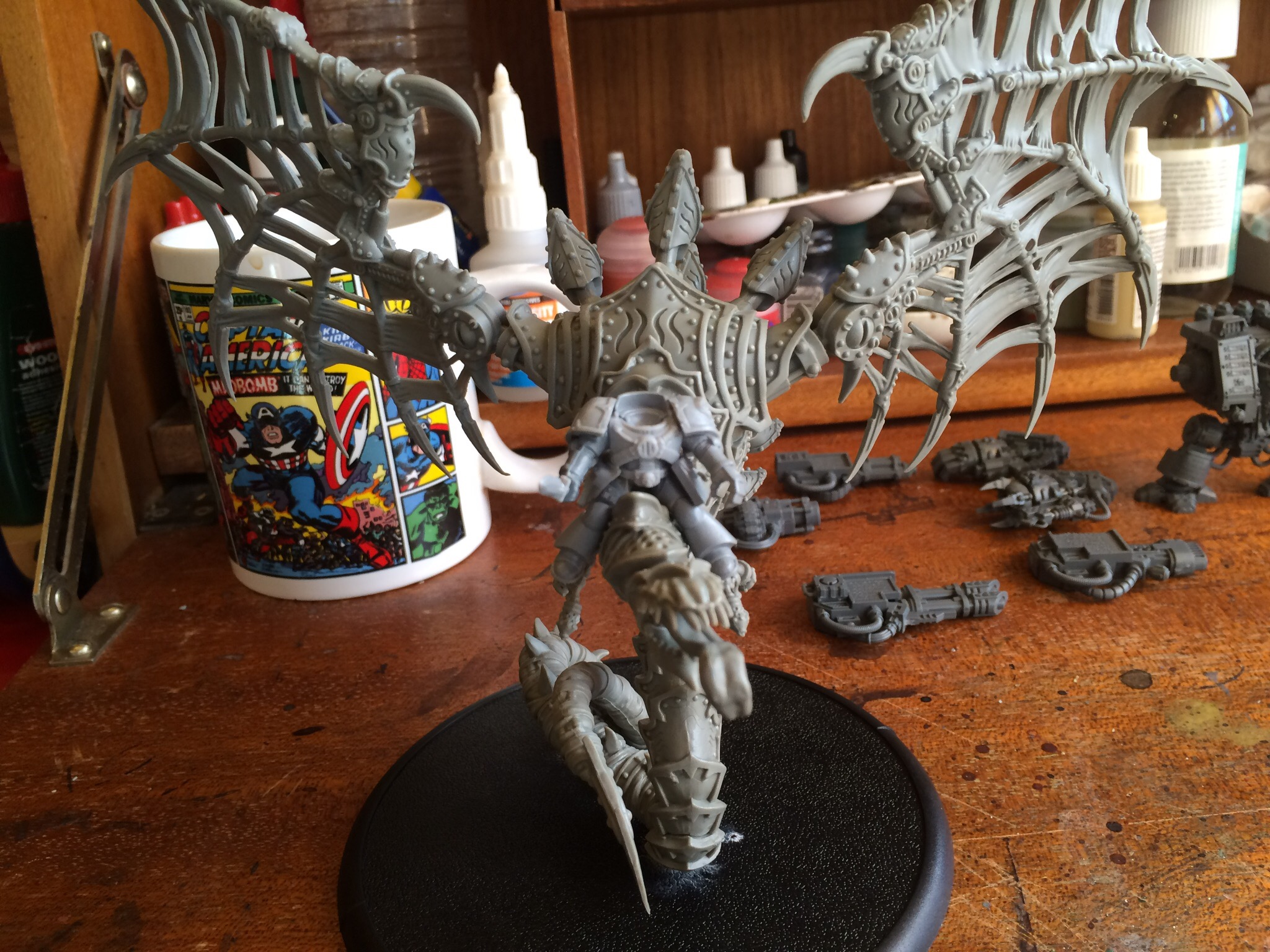 My bits box has recently been stripped of many of the chaos parts I would have usually used, so this first attempt is the legs of a Marine biker, a jump trooper torso and some Chaos Marine shoulders.  Hands and weapons will follow in time but this first build has him almost ready.

Base coats done, I wonder how long this one will sit in the pending queue.

As I’ve already told you about our short foray into Warmachine, it seems only fitting to show you where I got to. One Warcaster and his retinue.

Enough to play, and enjoy, this very different game. I had plans to expand the force with some Zealots, for a extra troops option, and I even picked up a few more heavy war jacks to add to the mix. All these extras got undercoated, but were never fully finished.

One of the reasons for starting this blog is to try and direct my focus. If this works out I will be aiming to complete and display each new army I start. It may also push me to revisit some of the older models that I have started and never completed.

October 2012 and with the colder weather creeping in we ventured out to the home of citadel miniatures, Games Workshop Nottingham…  The trip got me thinking about terrain for our games and tunnels especially. The Zone Mortalis board on display there was ripe for the copying and I returned home to brew up some ideas and make my own copy.

While that idea was growing in form and complexity our next gaming venture was beginning.  We uncovered the world of Warmachine and as usual immersed ourselves completely.  Menoth was my faction of choice. Nothing like religious zealots to get the blood moving.

Putting the two together the result was yet another unfinished army and a set of terrain boards that still reside in a box in the shed in a form unchanged from this photo.